Last night, I made raw zucchini pasta, or rawsta, for dinner. It takes less time than boiling a batch of cooked pasta. I wasn't that hungry, since I already had a green smoothie, so the portion I made was quite small.

Pasta:
First, make the sauce by blending the cashews, lemon juice, and salt in just enough water to cover the nuts. You want to add enough water so that the blender will be able to blend it smoothly, but not so much water that the sauce will be too thin. 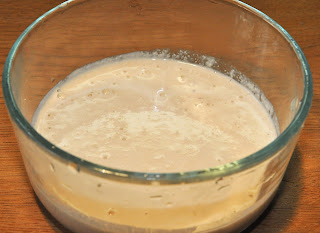 I made the sauce with only 1/2 cup of cashews, which is enough for two small portions (2 zucchinis)
Make the noodles by grating the zucchini length-wise with either a vegetable peeler, box grater, mandolin slicer, or if you want to get all fancy, a spiralizer. I only had a box grater, and a mini one, at that. It worked, although my noodles did come out as pretty and uniform as a spiralizer would have made. 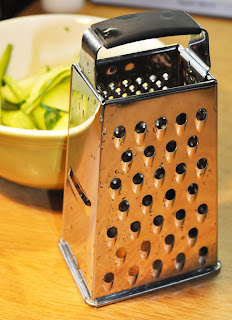 My mini box grater. It's cute, but not that grate great... 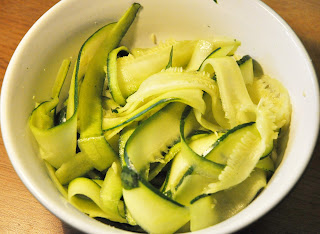 Bowl full o' noodles :) I think it's rather pretty, anyways. Season the noodles with salt, and let it hang out for a few minutes.
The zucchini will release some water, so be sure to drain it off before tossing it with sauce, or else it'll make your pasta watery. I made this mistake, so I had watery pasta ): 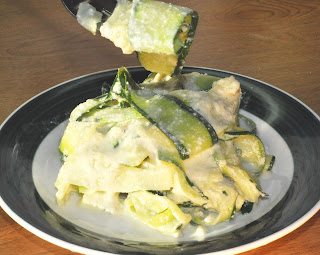 It was still good, though! 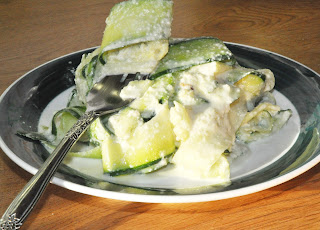 I still have some sauce left over, so I'll be eating rawsta again some time in the next day or two. The sauce will probably keep in the fridge for 2-3 days.
Posted by The Challenged Health Nut at 10:06 AM

Who is the Challenged Health Nut?

The Challenged Health Nut
I am obsessed with food and cooking! However, in the past, I have had an unhealthy relationship with food and eating, and I am aiming to change that. I am kicking my unhealthy eating habits and re-discovering my relationship with food. The Challenged Health Nut is about self-discovery, insight, and healthy recipes focused on nutritious, wholesome foods.